Cinema Paradiso is a 1988 Italian drama film written and directed by famous Giuseppe Tornatore. The opening scene takes place in Rome and the action quickly moves to outskirts of Palermo Tornatore’s birthplace Bagheria in Sicily. The plot is about a famous director that returns home to Sicily after 30 years and he has flashbacks about his childhood. It won the 62nd Academy Award for Best Foreign Language Film and it’s defiantly one of my favourite films. 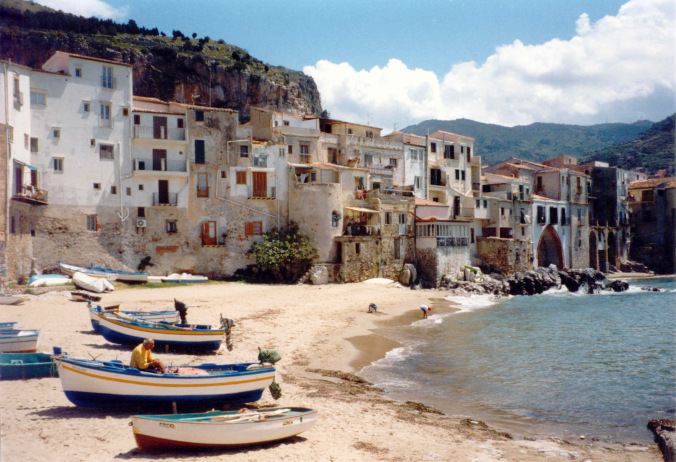 Captain Corelli’s Mandolin (2011) film directed by John Madden, based on a novel by author Louis de Bernie’res. A romantic war story set on the beautiful Ionian Island Cephalonia which was invaded by the Italian army during the World War II. Captain Corelli (Nicolas Cage), a joyful officer that falls in love with the Doctor’s daughter (Penélope Cruz) from the village. The cinematography is gorgeous and makes you want to travel to this island.

A fantastic American thriller (1999) directed by Anthony Minghella with famous stars Matt Damon, Jude Law and Gwyneth Paltrow. There are several places in Italy where they filmed the movie: Rome, Venice, Anzio, Palermo, Naples, Island of Ischia and the gorgeous village of Positano. The movie is an intelligent thriller where the protagonist is a monster but you as a viewer want him to get away with it. This film has a perfect combination of beautiful pictures/locations, selection of actors/actresses, costumes and storyline.

Bloglovin 0
Stay in the loop for exclusive content on Mediterranean Travel, Fashion & Lifestyle with Lemoni's Newsletter